The efficiency of courts continues to vary greatly around the world. Enforcing a contract through the courts can take four years in Greece, Bangladesh and India, according to recent World Bank figures. 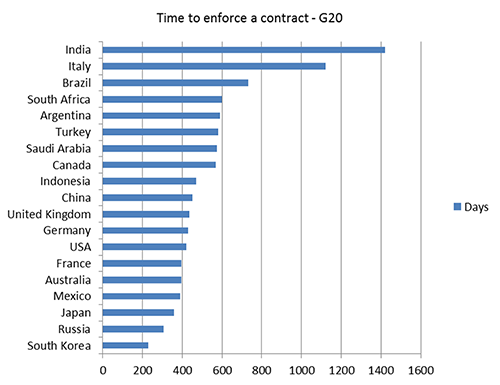 According to these figures, the time taken in the United Kingdom is 437 days; just over 14 months. However, the English courts have implemented a procedure to provide quicker justice in applicable cases.

Cases will be case managed by docketed Judges with the aim of reaching trial within approximately 10 months of the issue of proceedings and judgment within six weeks thereafter. International arbitration style document disclosure is used. The procedure recognises that comprehensive document disclosure and a full, oral trial on all issues is often not necessary for justice to be achieved.