No smiles for this cheese

Colour trade marks, notably the difficulties with registering them, have been in the news fairly frequently in recent months.

The problems revolve around describing the colour mark and to limit it to a context where it can function as a trade mark. Cadbury's struggles with its 'colour purple' trade mark have been well documented. More on that here.

A recent decision from the UK Intellectual Property Office has again shown the challenges in protecting colour as a trade mark. This time it is Fromageries Bel SA's well recognised trade mark for its red coloured wrapping for its cheese under its Babybel trade mark, as shown below. 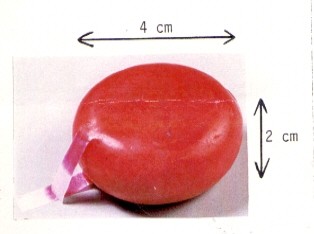 J Sainsbury Plc filed an application to cancel the trademark registration on 26 October 2017. Sainsbury's has been known to retail the 'Babybel' cheeses in their red wrapping and it is not clear why Sainsbury's would move to cancel the trade mark but it could be to clear the way for its own-brand bite sized cheese packed in a similar colour. Sainsbury's cancellation application was successful and while this decision can be appealed, it is worthwhile to consider the difficulties in protecting colour.

Sainsbury's challenged the registration on multiple grounds. It succeeded on the basis that the colour 'red' was not properly identified in the registration. In the above representation, the pictorial representation and description of the mark did not correspond. The description of the trade mark being limited to the colour red was not objective, precise or durable enough and it could mean that some people may regard it as any shade of red and others as cherry red and fuchsia.

A trade mark may consist of words (including personal names), designs, letters, numerals, colours, sounds, smells or the shape of goods or their packaging or a combination of these. While a trade mark can encompass any of a large range of signs, any trade mark for which registration is sought must be represented in a manner that is clear, precise, self-contained, easily accessible, intelligible, objective, uniform and durable. This is to ensure that the authorities and the public are able to clearly understand what the sign actually is by the description/representation of the trade mark, to understand the full scope and extent of the registration. The public interest driving this requirement is to prevent an abuse of trade mark law to obtain an unfair competitive advantage because the registration of a trade mark creates a potentially perpetual monopoly in the mark and excludes everybody else from using it in various ways.

When the 3D red colour mark was registered the Registrar's practice did not require that a Pantone number be stated to identify the colour. This requirement which enables the description of the colour trade mark to be made more precise and durable particularly in those cases where colour is an important characteristic/identifier of the mark, not merely incidental, was articulated later through case law, but deemed to have retrospective effect.

This decision is important from the context of being aware of the vulnerability of any registered rights in colour trade marks. Even if a trade mark was registered at a time when the interpretation of these requirements was not specifically clarified, the registration can be challenged subsequently for not being compliant with the requirements.

For owners with trade marks where colour is an essential characteristic of the mark, it is useful to review the descriptions of any applications or registrations to see that they accord with the current rules. Very limited alterations are allowed to be made to registered trade marks and in certain cases it may become necessary to file new applications for important trade marks to limit loss of registered rights.