BRR E-alert: The Curious Incident of the Insolvency Sector in the Light of Economic Turbulence

Those practicing in the insolvency sector will commonly encounter the refrain, "I bet you must be busy".

The response provided to this statement will surprise many, corporate insolvency numbers in 2016 remained flat, representing just 0.41% of all active companies; the lowest level since comparable records began in 1984. The numbers follow a generally decreasing trend dating back to 2009. The insolvency sector is curiously quiet.

So why is this? "The economy, stupid." Bill Clinton's campaign strategist, James Carville, in 1992 coined this phrase, which rings true for an industry sector that is directly affected by the prevailing economic climate. Despite the wide variety of services that can be provided by insolvency professionals, including profit enhancement, solvent restructuring and refinance options, it remains the case that the industry will expand fastest immediately post an economic recessionary peak, as companies fail but businesses require rescue. With the global economy still experiencing the aftershocks of a banking crisis of a scale not seen since the Great Depression, nearing a decade of extremely low economic growth, poor productivity and huge swathes of the public now identified in by Teresa May as "just about managing" it would seem UK corporates would be imperiled. However significant economic hardship seems to have been averted, with historically low interest rates and a period of low inflation. It may have been easy to get by, but it has been hard to thrive in this climate.

The policy of "kicking the can along the road" adopting by most Western Government's post the banking crisis has however come at a political and economic cost. Firstly, there has been an increasing disconnect between the political establishment (and particularly incumbent Governments) and a large swath of the population. Many have failed to see the 'benefits' of a banking sector pulled back from the edge of an abyss but have counted the cost in austerity measures required following bank bail-outs. Political instability has resulted and is evidenced by the Brexit vote, a Trump administration and in Europe the rise of anti-establishment popular nationalistic movements, which could soon herald an end to the post war neo-liberal consensus. Secondly, the economic cost of low interest rates but low investment has allowed a climate that allows for stagnating and failing businesses to survive (the emergence of so-called zombie companies). Conversely broadly successful companies have been cautious, unwilling to expand by increasing workforce numbers, invest in new technologies or plant, or engage in M&A activity. Instead such companies have instead been building large cash reserves. Capita Asset Services reporting last autumn that the net cash reserves of the FTSE 100 had surged 41% between 2015 and 2016 to £53.5bn. This trend was also seen globally with an estimated £4.3 trillion being held by corporates and PE houses. The usual paradigm of economic recession leading to a forest fire of companies and eventual regrowth of younger healthier companies has been replaced by an economic reality more prosaic.

Low interest rates coupled with an unwillingness of the banks to lend at the levels pre-crash have led to manageable debt levels being able to be serviced. Creditors have been unwilling to chance their arm in seeking recoveries, suppliers preferring to continue with a customer and landlords with a tenant rather than seeking a replacement. Corporates in the UK have therefore been in stasis.

So what lies ahead? Obviously we are now in unchartered political and economic waters with uncertainty surrounding the implications of the Brexit vote and an incoming US administration unlike any other seen previously. Current gravity defying economic data may lead the pessimists to conclude that, like falling from a cliff, the damage is not done until the bottom is reached. Alternatively a more upbeat analysis would find hope in the new US administration being both Anglophile and committed to a series of expansionary fiscal and monetary policies, not seen in the last decade; together with a UK released from the yoke of European legislation and cost, may lead to a revitalized trading environment for the UK. The jury is most certainly out.

While the implications of the Brexit vote for the general economy remain unclear, in regards to the insolvency sector one significant problem is readily identifiable, and will challenge the continuing ability of the UK to remain a leading centre for global cross border restructuring. For over a decade the ability to conduct cross border work has been greatly enhanced by the application of the EU Regulations on Insolvency Proceedings. Important due to globalisation and the now common pan border trading activities of a vast number of companies (particularly new emerging technology companies), insolvency office holders have an ability to be recognised in the Courts of other Member States and conduct the cross-border reconstruction of a company according to the legislation of the Member State, where the company has its main centre of interest (COMI). Indeed the UK has become an attractive location for foreign businesses to move COMI and avail themselves of the administration and Scheme of Arrangements procedures offered in the UK.

The Regulation, as a piece of European legislation, has direct effect and will therefore be lost post Brexit. While a proposed Great Repeal Bill (writing into the UK statute books European legislation as if it were UK generated) could mean, together with UK signature to the UNCITRAL model law, that the UK will remain liable to recognise office holders from other Member States, it does not follow that UK office holders would be recognised abroad. New treaties will need to be negotiated in order for the UK office holders to achieve such recognition and allow for an ability to use UK rescue procedures on a cross border platform. However it appears highly likely that the price of a revised treaty with EU Members states will be high. Some European countries have for some years expressed misgivings as to the permissive and flexible procedures offered in the UK, which is generally run outside of the court system by insolvency professionals, as opposed to lawyers. Throughout much of Europe domestic insolvency legislation is Court driven and with very different protections for certain creditor classes, be that employees or tax collection agencies. It is unlikely that such countries will find it easy to accept full application of the UK system on companies and creditors transacting business outside of the UK.

Clearly the insolvency industry needs to continue to remind Government that insolvency legislation, both domestically and cross border, is of huge importance given this turbulent economic period. Insolvency numbers maybe low now but there is no guarantee that they will remain so.

This article was originally published in Accountancy Age. 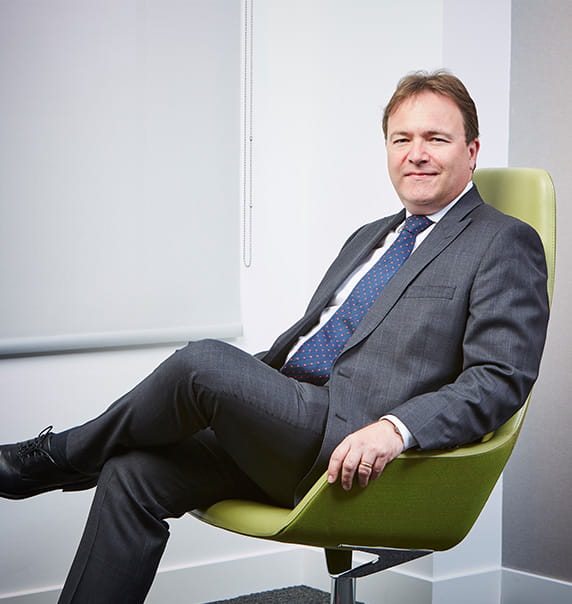